No kissing zone: The new CPR and why saving someone’s life can be ‘dead easy’ 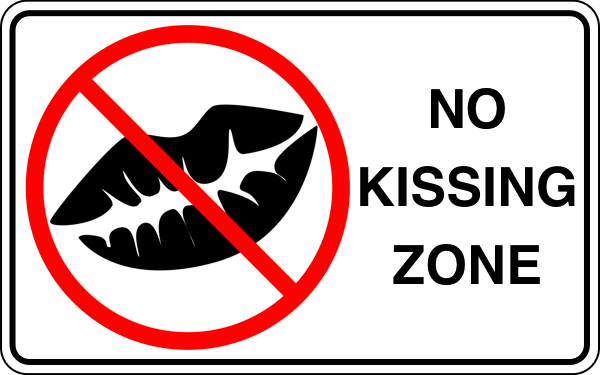 The short of it is that if you find someone who’s not responding or breathing:

Concerning mouth-to-mouth resuscitation, Vinnie says “No kissing. You only kiss your Mrs on the lips.”

It’s not hard to remember hands-only CPR. It leaves very few of the complications that we face when performing CPR the traditional way. Then there’s the risk and let’s face it, “awkwardness” (some might say repulsiveness) of being mouth-to-mouth with a total stranger. You can also forget about sourcing a CPR mask at a moment’s notice. Great. But does it actually work?

Surely the more you can do the better? Especially for a loved one of whom you would have no hesitation performing the breaths if their life depended on it. Vinnie’s chest pumps, although better than nothing would seem… half-baked. Right? Well, the latest research from around the world suggests otherwise.

Why hands-only CPR can double the chance of survival

If you have 6 minutes to spare, this video is in my opinion, priceless. It features a couple of doctors in white coats who keep things in common language and do a fantastic job of explaining how and why doing continuous chest compressions on someone who has suddenly collapsed, has seen to be twice as successful when compared to the traditional CPR technique of compressions and rescue breaths. Yes, that’s a big nod to CPR shady ex-footballer style! There you have it. One more example of when less is more and the simplest actions can be the most effective. But not always. The study in the video recommends hands-only CPR in cases of sudden collapse, or what is known as Sudden Cardiac Arrest (SCA). So if you witness a fall and they’re not responding or breathing, then be confident that you now know exactly what to do.

But don’t throw out that old keyring pocket mask you’ve been glad to never use just yet. SCA is “the number one killer in U.S.” as the video testifies, but it doesn’t account for all cases of cardiac arrest, where breaths still play an important part of effective CPR.

If you come to one of our CPR courses you’ll be taught the technique of 30 compressions followed by 2 rescue breaths, as is the current recommendation by the Australian Resuscitation Council. These guidelines are written and revised every 5 years by experts in the field with all the available research before them.

Even the above video confirms that while continuous compressions are great for witnessed collapse, rescue breaths are still vitally important to perform on children and infants and in adult cardiac arrest from drowning, choking, asthma or anaphylaxis (severe allergic reaction).

The body is low on oxygen meaning you haven’t got much to work with by simply pumping the chest, so it makes sense that you should need to contribute to supply.

Rescue breaths however, unlike your first playground lip smack, aren’t simple. They require some practice to be effective. So taking your cue from the movies and having a go without any prior training is destined to fail. You should also only attempt breaths on strangers if you have a barrier mask.

Anything is better than nothing

The British Heart Foundation didn’t just put Vinnie Jones on screen to redeem his battered reputation. They saw it fit to spend prime-time money to promote a simple technique that has growing scientific support. Who knows what changes the future will bring, but even now, everyone agrees that in the final analysis, when someone’s heart stops, doing something is always better than doing nothing. And if that something is easy and less daunting, then more people are likely to get in and do it.

From New York City to Vietnam and back home, Ben has worked as a teacher, first aid instructor, humanitarian volunteer, pastoral worker and singer-songwriter. He loves producing engaging and outside-the-box adult learning content, of which some of his working has been nationally awarded. Ben loves guitars, running and tennis, but his hands-down favourite things are his princess daughters Noa and Minnie, twin sons Jude and Jasper and beautiful wife, Jess.